The 2020 UK budget was a major shakeup of the presentational landscape around the UK’s public finances. By adopting more public spending, and more borrowing to pay for it, the Conservatives have muscled in on Labour’s territory, rendering the opposition’s favourite dividing line moot.

With both the main two parties now on broadly the same terrain, Leo Ringer, Geoffrey Norris and Alex Dawson of the GC UK team discuss the politics of positioning around this new apparent consensus.

In fundamentally changing the government's appetite for public services spending as well as capital spending, this budget will have to change the nature of Labour's opposition and the pitch of the new leader.

For now, they can rely on saying "told you so" about the need to end austerity and say it should have been done much sooner - but that will expire quickly. The question will be: what defines Labour now that the decade-old fiscal battleground is effectively gone?

"Told you so" has no traction with most voters. They look forwards not backwards. And in practice, let's remember that opposing coalition and then Conservative austerity from 2010 did not produce large electoral rewards for Labour, nor did spending promises against the backdrop of a zeitgeist that said the country cannot afford it.

Labour's leadership election looks to be showing that the party's centre of gravity is not as leftist as many thought. It is a party that hasn't left planet earth and retains the prized asset of being the "principal" opposition. The party is down, but not out. It has a way to go to be a credible contender for government, but I don't believe the new emerging terrain is fundamentally hostile to progressive, left of centre politics.

I would agree with that. As someone who ran the Conservatives’ research and rebuttal team for the 2015 election, I think Labour can turn it around in this parliament, but they need to do a few things first.

To begin with, Labour should forget about drawing hard dividing lines on the economy four years out from a general election. That just makes it easier for the Conservatives to hold them to account alter in the parliament. They should instead say ‘we’re interested in what the government is doing, but we’ll hold them to account on whether they keep their promises.’

They should then focus on competence – in particular, paying attention to the implantation of the measures set out in this budget and the Brexit end-state. Labour should want to be in a place where it can credibly argue that government incompetence on these has led to the government breaking its promises and piling costs onto families. At the same time, Labour should avoid getting into any of the wilder debates around re-joining the EU or the outer ends of identity politics.

What political scientists call "valence" - basically competence and whether people think you are up to the job of governing - matter to voters. And in Jeremy Corbyn, Labour had a leader who scored exceptionally poorly. And that was a big drag of Labour's performance. Labour's new leadership are likely to be more effective in challenging and scrutinising the Johnson government and have the ability to look a credible alternative.

In terms of demonstrating competence, the new Labour leader should take on some of his or her party early on in the leadership – anti-Semitism would be an important first issue - and then broaden the critique of Corbynism out into getting Labour off this idea that anything the Conservatives have done is inherently evil or driven by bad intentions. This kind of attitude makes it so easy for the Conservatives to draw tests and traps for the Labour party. And the moralising tone of a lot of Labour’s communications puts off a lot of normal voters out in the country.

Implementation is a strong attack. But there needs to be something on the substance too. It doesn't seem like Labour saying "spend even more even more quickly" puts that much water between the parties. So, for me it has to be about the 'what', 'where' and 'who' of their spending and tax rises, rather than the quantum.

In focusing as much on current as capital spending in the budget, Sunak has reduced Labour's ability to point to cuts in local services. Levelling up reduces the ability for Labour to focus on geography. This leaves two candidates in my mind for Labour.

First, taxes on the wealthy - Sunak threw a few billion to high earners via the pensions taper - and correspondingly the progressiveness of the system, rich vs poor. Second, the environment - the Chancellor backed cars and roads over environmental measures.

I also think Labour should be canny in calling for a tax cut or two. While the Conservative benches are happy to be big spenders for the time being, they will want to find a substantial tax cut at some point. Labour proposing one will put a bit of pressure on the government to deliver on that front.

One implicit question the new consensus will raise for more fiscally hawkish Conservatives is: what, then, was the point of a decade of austerity? How is the new agenda compatible with the old?

They would argue that a like-for-like comparison between spring 2010 and spring 2020 is unfair. Then, the budget deficit was high and the path of debt-to-GDP rapidly rising and unsustainable, necessitating substantial net fiscal consolidation.

Now, both fiscal metrics - Sunak would argue - have been stabilised at levels that allow for fiscal retrenchment to end, and some expansion. As it always has, the 2010 onwards cuts come down to how much you buy the story about the fragility of the public finances in 2010.

The other key change between then and now has been the radical lowering in expectations of interest rates; this week's budget is predicated on "low is the new normal" whereas post-2010 policymakers expected - at least initially - a reversion to something close to the pre-crisis norm.

So those attempting to find continuity in Conservative fiscal policy will argue that this week's expansionism is only possible due to the conservatism of the last decade.

Politics has turned a page and it goes beyond spending and borrowing.

The zeitgeist has moved a long way from the New Right Thatcher and Regan ascendancy that had such a big impact and reached beyond their time in office: who now believes privatisation or outsourcing is a magical cure all?

Talking of magic, the "magic money tree" does look to kind of exist.

Bigger, competent government - and who is best to deliver it - is in the ascendancy, David Cameron's "Big Society" went nowhere, while it seems to me the flaws of austerity and "private good, public bad" are widely recognised.

Ronald Regan's 1980s bon mot of “The most terrifying words in the English language are: I'm from the government and I'm here to help.” looks very, very dated today.

Rishi Sunak and Johnson's political cross dressing notwithstanding, the new zeitgeist can be good territory for the centre left to make its case

Finally, demography is not destiny, but keep in mind that Corbyn would be in No.10 if the vote had been limited to the under 45s. Tomorrow's electorate isn't hostile territory for progressives either.

The savvy people in the Conservative party would agree that they need to be vigilant of the new Labour leadership. The 2019 election was held in circumstances where Corbyn was a terrible leader, who had lost any shine from 2017, where he had a position on Brexit that turned off large chunks of voters and a domestic agenda that repelled potential Tory-Labour switchers. That probably won’t be the case come 2024. This is why this week’s budget was so focused on delivering for the new voters from 2019, and why the current government is obsessed with delivering tangible change to the things that matter for people – like the NHS, like roads, like bus networks. Obviously, this kind of thing is never easy, but at least Johnson and the team around him seem to recognise that – they’re not complacent about this.

And whatever happened to the Lib Dems? They botched the Brexit revival opportunity. Do they have a route back into contention? A subject for another day. 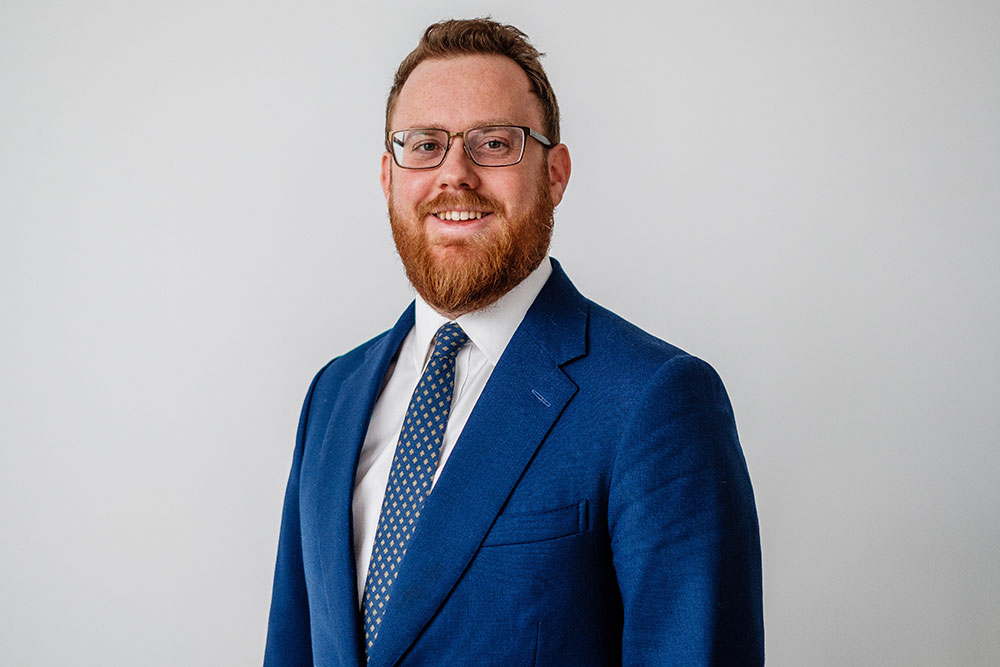 Saudi Arabia and Qatar agreed to settle their dispute at the Gulf Cooperation Council (GCC) summit in al-Ula earlier this month. Despite uncertainty until the last minute, Bahrain, Egypt and the UAE followed the Saudi lead and grudgingly restored land, sea and air transport links with Qatar. Riyadh’s willingness – and in the end eagerness – to end the crisis was prompted…

Is the UK about to go its own way on gene editing?

Earlier this month, the UK’s Department for Environment, Food and Rural Affairs (DEFRA) launched a consultation on the regulation of genetic technologies, prompting speculation that gene editing (GE) in agriculture may, in the coming years, be permitted in the UK. As the UK settles into its newly acquired independence from EU regulation, there is an opportunity for it to…