Do populists need to win to matter?

The upcoming Dutch parliamentary elections on 15 March are the first test in a year that will see populist parties perform strongly in elections in France, Germany, and probably Italy as well. Earlier this week, Dutch Prime Minister Mark Rutte ruled out any coalition with Geert Wilders, leader of the populist right Party of Freedom (PVV). Wilders’ agenda goes further than Marine Le Pen’s by unequivocally pushing for EU withdrawal and a ban on all Muslim migration. While Rutte’s statement on the PVV may come as a relief for many in the European mainstream, the key lesson from the Netherlands will be that populists can have an impact on the political process and debate even when they are unable to enter government.

Geert Wilders is likely to come first in the Dutch elections; all the most recent polls show the PVV as the largest party, ahead of Rutte’s VVD party. That would entitle him to be the first to attempt to form a government, but in the current Dutch political landscape he is unlikely to be able to find any allies. While all other Dutch parties had ruled out a deal with the PVV, Rutte had until recently kept his options open in his public remarks. A deal between the two was always a long shot – relations have been particularly sour since Wilders pulled the plug on the VVD-PVV governing agreement in 2012 – but Rutte’s statement that there is a “0% chance” of the two parties working together now effectively shuts the door on Wilders having a role in the next administration.

However, the PVV’s strength – even out of government – will make the next coalition much more unstable, and mean that more parties will be required to form majorities. Historically, Dutch coalitions have been formed of two or three parties – the next one is likely to comprise of as many as five. According to the polls, an extraordinary alliance between right-liberals, left-liberals, Christian-democrats, and other parties such as greens and/or other religious parties will be required. With such a coalition, forming a consensus around government policy may prove particularly difficult, notably around fiscal and labour market policy, with the VVD’s plans for tax cuts and boosting flexible employment contracts certain to encounter resistance from any left-leaning coalition partners.

An extraordinary clubbing together of the entire Dutch mainstream may be able to keep populists out of government, but will not reduce Wilders’ influence in the public debate. The PVV will be too large to ignore, and the party’s influence in the public debate on issues like migration and the EU are likely to continue to grow. Crucially, the lack of a vehicle for ‘mainstream’ opposition to the next government could likely strengthen Wilders further by giving him a de facto monopoly on political dissatisfaction. The upcoming Dutch election will be a reminder that populists do not need to enter government to make an impact. 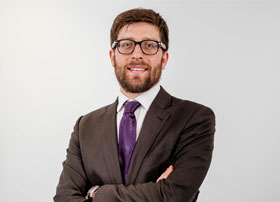