The inescapable neighbour. Will Saudi Arabia rethink its Iran approach?

Neighbours rarely make good friends. Certainly, this is true of Saudi Arabia and Iran. Riyadh has long sought to isolate its large northern neighbour to avoid a shift in the regional power balance. It has been a strong critic of the Iran nuclear deal and lobbied the US president, Donald Trump, to pull out. But as neighbours, neither country can escape the presence of the other. The latest Aramco attacks have reminded Saudi Arabia of this exposure. Half of the kingdom’s crude oil production was knocked out by a few strikes on a single day. Last year’s third largest military spender globally was unable to defend one of its key infrastructure assets. It is becoming increasingly clear that Saudi Arabia will likely bear a heavy price for Washington’s “maximum pressure” campaign. This might force a rethink in Riyadh’s approach towards Iran.

First, Saudi policymakers partly miscalculated how the US – its ally and security guarantor – would respond to Iranian aggression. This gave it a misplaced sense of security. Washington’s response to the latest attacks provided a clear corrective. At first, Trump tweeted the US was “locked and loaded” while Mike Pompeo, the secretary of state, called the attacks an “act of war” when he visited Riyadh. However, the rhetoric quickly changed. Trump expressed that he was in “no rush” to act. Senators emphasised the US had no treaty obligation to defend Saudi Arabia. The US announcement to send 200 additional troops to the Gulf appears largely symbolic to reassure US allies elsewhere. The Prince Sultan Air Base where they will be stationed is roughly 200km away from the kingdom’s oil region. Additional batteries of the Patriot missile defence systems will hardly reassure Riyadh. Both facilities that were attacked were, in theory, under the umbrella of the Patriots already installed in Saudi Arabia. But these failed to prevent the drone and missile attacks.

Furthermore, Saudi Arabia’s insecurity is already incurring financial costs. The attacks jeopardise the partial privatisation of Saudi Aramco, on which an important part of the kingdom’s “Vision 2030” diversification strategy is based. The ambitious crown prince, Mohammed bin Salman, has just revived the plan and replaced the powerful Aramco chairman and energy minister, Khalid Al-Falih. The attacks have worried potential investors, who will now expect a discount. The $2 trn valuation that MBS is seeking is now even less realistic. The government is reportedly pressuring wealthy families, many of whom had members detained in the Ritz Carlton hotel as part of the 2017-18 anti-corruption campaign, to become cornerstone investors in Aramco when it lists on the local Tadawul stock exchange. But even if the IPO goes ahead, global energy companies and investors will probably look to expand production elsewhere rather than add to the Gulf’s already large spare capacity; capacity they now suspect is badly exposed to attacks. 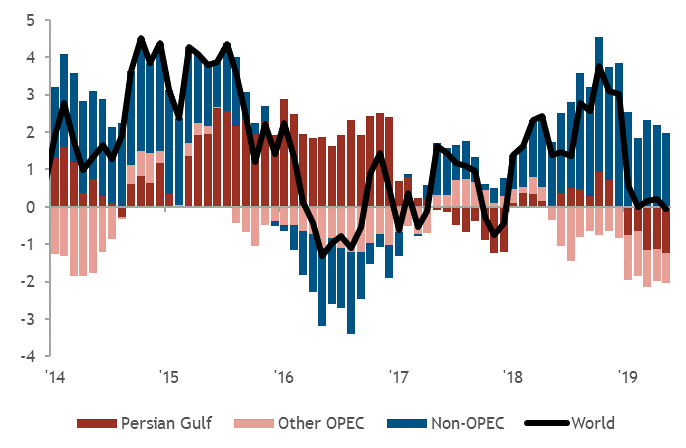 Lastly, officials in Riyadh are asking what else Iran could do to destabilise the kingdom. With much of Saudi Arabia’s critical infrastructure located near the shores of the Persian Gulf, including the world’s largest desalination plant in Ras Al Khair, the answer must be: much more. Even in the country’s interior, attacks have already targeted the East-West Pipeline meant to circumvent the Strait of Hormuz. Its drone and missile capability, coupled with a ring of allies in Yemen and southern Iraq, enable Iran to pursue targeted but extremely disruptive acts of hybrid warfare.

Despite defiant speeches, there are initial signs that Riyadh is looking to ease tensions with Tehran. This includes news that Riyadh has sought to contact Iran’s president via third countries to the latest announcement of a partial ceasefire in Yemen. Its closest ally in the region, Abu Dhabi, has already taken steps to ease tensions with Iran – reducing its troops in Yemen and signing a maritime security agreement with Tehran – since, in May, four commercial ships were damaged off Fujairah's coast in the Gulf of Oman. This attack did not only halt cruise tourism in the Gulf and lead to empty hotels in Dubai. It was also a powerful reminder that the UAE wouldn’t be able to use its Habshan–Fujairah oil pipeline (also built to circumvent the Strait of Hormuz) to avoid potential attacks on its crude exports.

Most of the Gulf’s oil and gas exports go through the Strait of Hormuz
Passage of hydrocarbons, mbpd and tcf/year 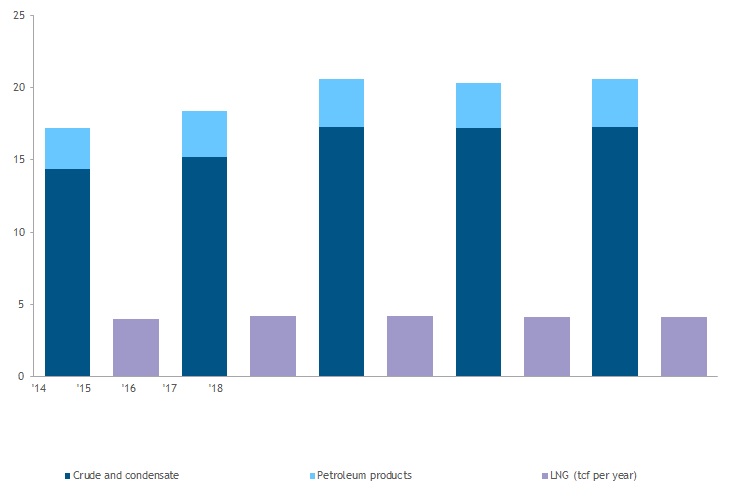 Saudi Arabia is not the UAE, but both are vulnerable. Saudi policymakers have been reminded that geography is inescapable. Even the uncompromising MBS who has dragged his country into several regional conflicts recently expressed his hope for a peaceful solution warning that a military confrontation would cause a global economic catastrophe. He might judge that easing tensions and establishing a channel between two neighbours that currently don’t entertain diplomatic relations would be a step to reduce the risk of further attacks and dangerous military accidents. He will have to offer Iran something in return. A more moderate Saudi voice in Washington could be part of this, just as greater flexibility in fresh peace talks on Yemen. Does he have enough to offer for Tehran to accept? And would Iranian leaders be willing to dial down their incitement against the Saudi royal family in return? We don’t know just yet. But the upside for Riyadh from de-escalation is becoming increasingly clear.

Governments’ support measures for businesses hit by covid-19 have focused on maintaining liquidity through provision of emergency credit. In the UK, government-backed loan schemes have been the main protection over the past few months – but it should be equity, not debt, that revitalises the economy and pump-primes the recovery.