One of the general conclusions from the recent UK general election was that it had marked a dramatic return to two party politics in the UK.  Voters provided the Conservatives and the Labour Party with the highest combined share of the vote since the 1970s, at over 82%, and almost 90% of the seats in Parliament. The Conservatives saw their highest vote share since 1983 at the election. Labour surged to over 40% for the first time since 1997.

Despite this, neither party received a majority. In an ironic twist, flocking to the two main parties caused the instability the electorate was so keen to avoid. By neither main party winning an outright majority, they have produced a Parliament in which the small parties arguably have enhanced influence.

With the UK about to spend the next year attempting to legislate for exit from the European Union, the choices of the small operators are important. The government will be looking carefully at where dissent on its back benches has the potential to align with the criticism of the opposition parties to avoid loses in parliament. Even with the DUP, the smallest party with the biggest leverage, who the Conservatives now rely on for their majority, opposition from just seven Conservative rebels is enough to inflict a defeat.

The Tories will rely on the DUP honouring their confidence and supply arrangement, for which they extracted a high price in additional funding for Northern Ireland. Though the alliance has the hallmarks of longevity as the parties align on many issues, the Conservatives will need to walk a careful line on the Irish border, particularly considering new calls by the new Irish Taoiseach Leo Varadkar for the Irish Sea to act as the border post-Brexit.

For Labour, the SNP and the Liberal Democrats remain central to their ability to inflict losses on the government in the parliamentary chamber. In action, this could mean a block on an attempt by the Conservatives to limit parliamentary time debating the European Union (Withdrawal) Bill, which would interfere with the Brexit timeline. Such an alliance when combined with rebellious Conservatives would also put pressure on the government to backtrack in some policy areas, as was seen with Stella Creasy’s amendment to the Queen’s Speech.

This dynamic will matter not just through the legislative agenda, but if – as is far from implausible – this government collapses and another general election is called. Another general election is a realistic possibility, given the circumstances. In June, the Conservatives saw their highest vote share since 1983 at the election, yet, they were still unable to form a majority government without the DUP.

In another election, getting either party the crucial 326 seats either means more support, or a resurgent third party eating into opposition support at the constituency level. The latter makes swings back to the small parties important. Failing the former, either large party is looking at small party support for government. Labour’s vote surged by 9.6% in June, but they remain on only 262 seats. A 5-point uniform swing from Conservative to Labour, no mean feat, would net Labour 54 seats from the Tories, taking them to 316 seats. This would still be 10 short of an all-important majority, forcing them to rely on the SNP or the anti-Brexit Liberal Democrats.  The Conservatives are currently in no better position; their poll ratings having slipped since June, they are likely to see their strength in Parliament decrease further.

So, the small parties will matter, and need close watching. The DUP have shown their willingness to collaborate with the Conservatives for a price, the SNP have discussed the prospect of a coalition with Labour and the Liberal Democrats under Vince Cable could seek to revise their ‘no deals, no coalitions’ mantra, particularly if they saw the potential to shape policy on Brexit. Any of these parties will matter for the ability of the government to legislate in the next year – and potentially for the composition of the next government. 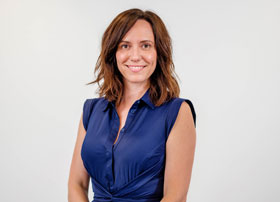