Trump’s China tariffs: how long can the USTR shield US consumers?

US President Trump upped the ante in his trade dispute with China earlier this week by mandating his US Trade Representative to release a list of up to $200bn in Chinese goods on which a new 10% tariff would apply by the end of the summer. Whether this can bring change in Chinese trade practices, or at least force Beijing back to the negotiating table, remains questionable. But what is certain is that it is becoming increasingly difficult for Trump’s trade officials to hit China with new tariffs without also directly impacting consumers.

The first tariffs on $50bn in Chinese goods announced in May, and whose partial implementation kicked in last week, almost entirely aimed at inputs and parts imported from China. Flat screen TVs were the only finished products on the list. This was designed to limit the impact on US consumers of Trump’s choice of an aggressive negotiating strategy with China.

The USTR has, nonetheless, managed once again to keep consumer products mostly out of its retaliatory lists. While items such as refrigerators, vacuum cleaners, or bicycles have fallen victim to the trade dispute, the rest of the $200bn list is made of parts and inputs rather than final products, especially in crucial sectors such as textiles where tight margins mean any additional costs would be passed on to consumers in the mall.

However, that can only last as long as Trump’s instinct for imposing more tariffs is kept in check. If the US president were to make good on his threat to impose punitive tariffs on all Chinese imports into the US at a later stage of the dispute, avoiding the impact on end consumers will be impossible. That could change the practical impact — and probably the politics too. 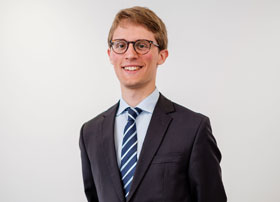 Global Counsel has supported the European Roundtable of Industrialists in producing a flagship report on the EU’s trade policy and the challenges faced in more complex geopolitical environment. The report argues that being open to trade is a source of strength for supply chains, rather than weakness, and suggests how the EU might best put into practice its new policy of…