What could a Biden presidency accomplish in a post-covid-19 world?

Although former vice president, Joe Biden, had campaigned largely as a restorationist candidate who would return the US to the Obama era, covid-19 has forced Biden to now do much more than just that. If elected in November, Biden’s presidency would be largely evaluated on his response to the pandemic and what actions he takes to ensure the US is better prepared against future outbreaks. With the economy in 2021 likely to be still recovering from unemployment numbers not seen since the Great Depression, Biden’s first year in office would be crucial. His administration would likely immediately focus on three key areas: healthcare, climate change and foreign policy. See the table below for a summary of the major positions the Biden campaign has taken in these three areas. 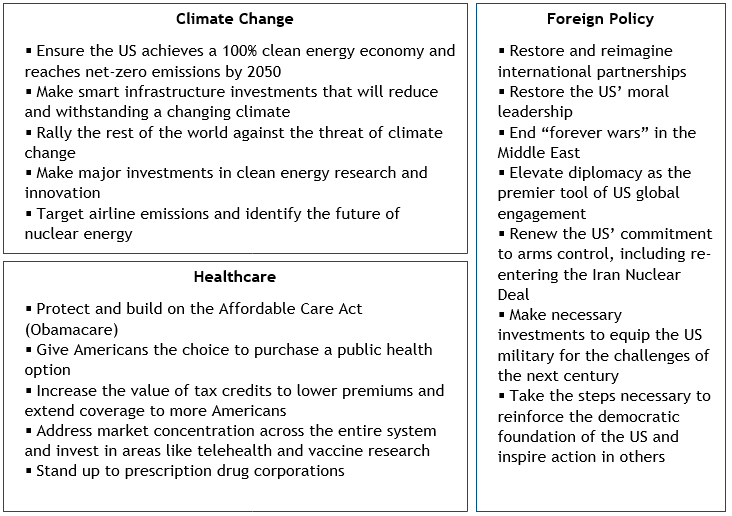 We caution that Global Counsel does not attempt to predict elections, and in the coming weeks we will post a similar analysis looking at what President Trump could accomplish in a second term if he is re-elected. Our goal is to help prepare clients for whatever reasonable election outcomes might occur.

Addressing healthcare would be imperative for the Biden administration. Just as investigative commissions were created in the aftermath of the 2007/08 financial crisis as well as the terrorist attacks on September 11th 2001, a Biden and the US Congress would do the same to examine the US’ lack of preparedness in combatting the virus and highlight the glaring issues the healthcare system faces. Democrats like Senate Minority Leader, Chuck Schumer (D-NY), have called for the federal government to provide a “Marshall Plan” for hospitals (we explored this issue in a recent Global Counsel Insight note). Vaccine research and telehealth are also areas that the outbreak has shown to be desperately in need of more investment.

Covid-19 has underscored issues with the US medical supply chain and overdependence on other countries for critical medical and related products. A Biden administration would likely oversee a shift toward greater reliance on securing US-based suppliers for medical products like masks, ventilators, and vaccines.

If elected, Biden would almost certainly require substantial support from the youth vote and the progressive caucus within the Democratic Party. For both groups, climate change is a high priority. Biden would re-join the Paris Climate Accords and reverse executive orders that President Trump has signed targeting the Environmental Protection Agency (EPA), including reversing Trump’s rollback of Obama-era mileage standards and the weakened regulations on the release of mercury and other toxic metals from oil and coal-fired power plants. Biden has pledged to make large investments in clean energy research and innovation as well.

Biden has also focused attention and effort into green energy job creation. Covid-19’s damage to the US economy has created an opportunity for a Biden administration. Green-energy job creation could both address the staggering unemployment numbers and place the US on a greener path. Biden has singled out areas like wind and solar as well as the electric vehicles market where he would like to stimulate growth and advancement. Heavy investments in green infrastructure would coincide with green job growth too, as Biden has made achieving a 100% clean energy economy a priority. If Democrats manage to retain the House and win the Senate in November, green energy-related job creation projects could move high up on the agenda.

Covid-19 has further strengthened a view among Democratic critics that the US military budget should be reduced and reallocated. Although the US boasts one of the strongest militaries in the world, covid-19 showed that it was incapable of preventing an outbreak of a virus that has killed more Americans than were lost in the Vietnam War. Although Biden has historically been relatively hawkish and supportive of a strong military, reducing and reallocating defense spending would make both fiscal sense and please the progressive wing of the Democratic party.

Biden has pledged to rebuild the relationships that Democrats believe President Trump has damaged, and to recommit to international organisations and agreements like NATO. Biden was one of the architects of Obama’s “Pivot to Asia” strategy and prioritising trade negotiations with Asia and the EU. Continuing this focus would both help repair damaged relationships and create a united front against China’s growing influence. Allies are far more eager to negotiate trade relationships with Biden than with Trump, but Biden’s position would be far more nuanced given the damage to the US economy from covid-19. While Biden has criticised the Trump administration’s tactics for combatting Chinese influence, he does not advocate for a softer stance. A tough approach toward China is popular among Democrats and Republicans.

Federal government spending levels have soared as the federal government has attempted to mitigate the long-lasting damages caused by the covid-19 pandemic. Covid-19 has ushered in a new era of big government spending, and a Biden administration would not shy away from it. Indeed, one could argue that Biden has spent his now-50-year career in public service as an advocate of big government since he was elected a county councilman in Delaware in 1970, and then to the US Senate two years later. He will need all of the skills built up over this long career, as well as many of the relationships he’s built up during that time with Democrats and, yes, Republicans, to execute on his agenda as the US emerges from the covid-19 crisis. 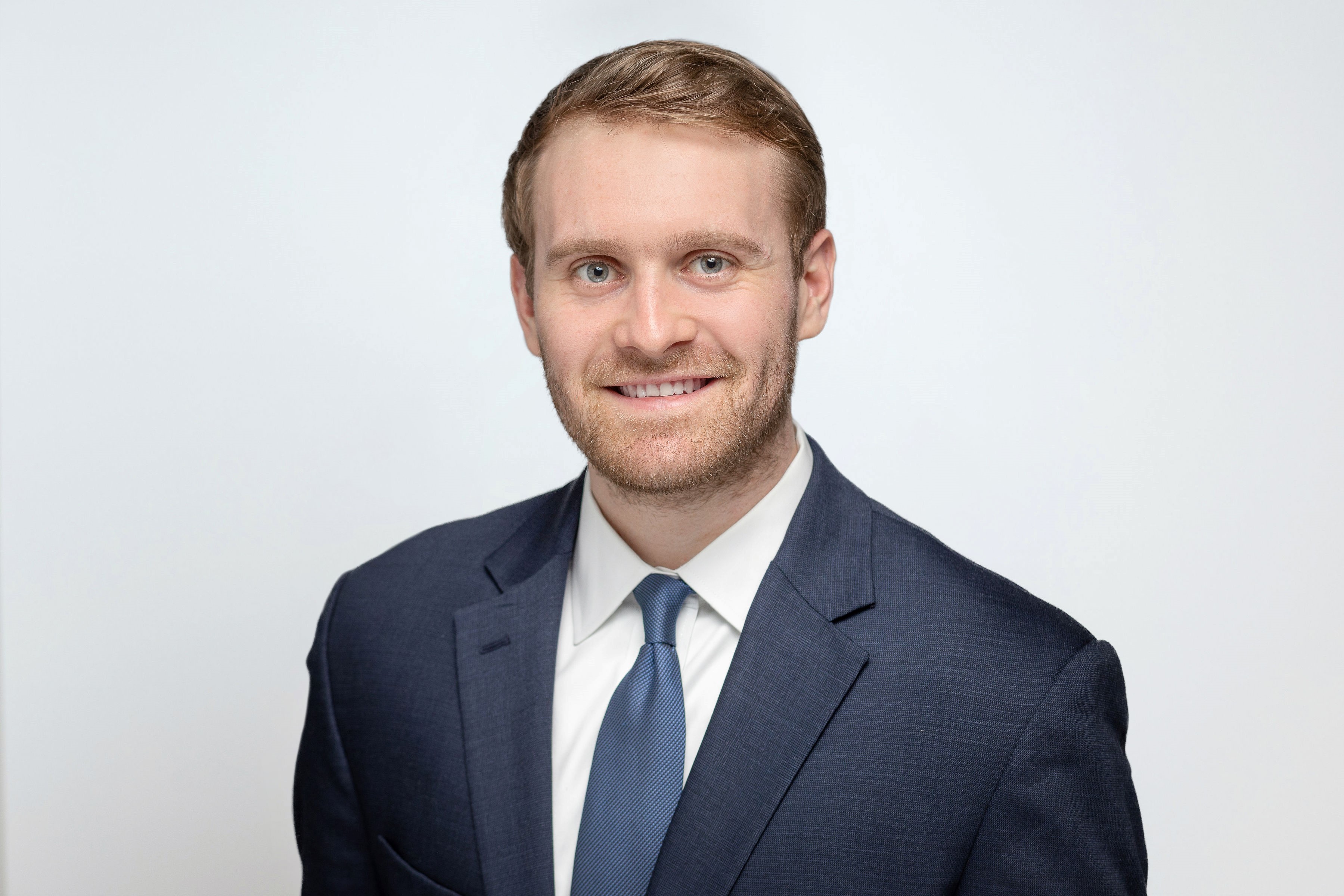