Like many government institutions, the Committee on Foreign Investment in the United States (CFIUS) normally goes about its business in relative obscurity, tasked in its case with reviewing proposed investments by foreign entities in US assets important to national security. Chaired by the US Treasury Department, CFIUS is comprised of representatives of other federal agencies that oversee national-security issues, including the departments of state, defense, energy and homeland security.

However, belying its typically low profile, CFIUS may well play an important role in the next phase of the US economic and market shock that has been sparked by the covid-19 outbreak. With another big selloff on March 18th, the S&P 500 is now down nearly 30% year-to-date; plenty of stocks (Boeing!) have been cut in half or more just this month as markets have grappled with the economic disruptions caused by the virus outbreak. Similar turmoil has rippled through the US bond markets.

Sovereign-wealth funds and other foreign operators and investors will surely be interested in acquiring some of these distressed assets. Indeed, with the White House circulating a stimulus package that might reach $1 trn or more to combat the virus’ economic effects, some policymakers might welcome foreign investment to offset the burden on the US taxpayer. But in an era of rising protectionism and outright xenophobia in the US as well as in much of the developed world, would CFIUS welcome or shun foreign investment?

The question is not merely academic. Foreign direct investment in the US totaled $250 bn in 2018 (see below) a meaningful figure even in a roughly $20 trn economy. 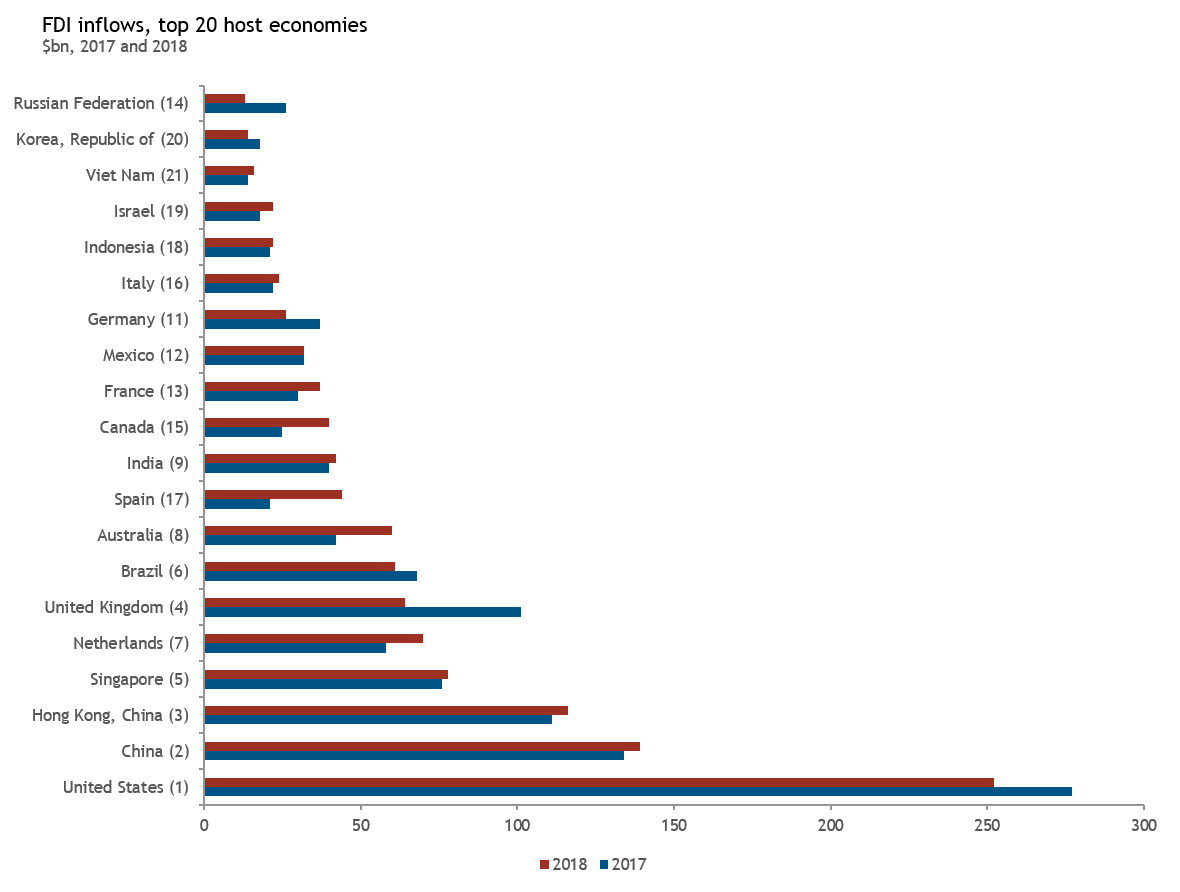 I do think bids for US assets will be forthcoming from foreign investors in the coming months. With some parts of the world recovering more quickly from the virus outbreak than others, long-term non-US investors will be willing to take a bet that the world’s largest economy will right itself. Further, I think that CFIUS will be open to approving such deals. Despite the “America First” policies of the current administration, CFIUS, and Treasury in general, over multiple administrations overseen by both political parties a mandate to encourage foreign investment in the US – and vice versa.

It is important to note that the large majority of transactions that come before CFIUS are approved, though the committee requires modifications to the transactions in some cases. CFIUS reported that from 2009 through 2017, only 16% of the 1,179 cases that came before the committee were withdrawn (usually withdrawal occur before the case reaches a final decision; only three deals were rejected by the president). While CFIUS has blocked some high-profile deals, it approved a controversial transaction just this month, ok’ing the acquisition of Cypress Semiconductor by Germany’s Infineon Technologies.

For those foreign investors considering a US investment that could be subject to CFIUS review, what lessons can be learned from the past? We’ll look here at a few precedents:

The point of these examples is that even in cases that on the surface would appear to be deals that CFIUS would not approve (a Russian company buying US uranium assets?), mitigation strategies offered by the buyer can make a difference. A bid for Boeing by a foreign buyer? We’ll save one that for another post.

We are now 18 months on from the launch of the UK’s Open Banking initiative, which empowers consumers to demand that their bank share their financial data with third parties who can provide account aggregation or payment initiation services. The jury’s still out on whether this market intervention will provide the intended boost to innovation and competition, but already…